Grant is the CTO of the Wikimedia Foundation, the co-founder and ex-CTO of Lucidworks, lead author of the award winning Taming Text, co-founder of Apache Mahout and a long-standing committer on the Apache Lucene and Solr open source projects. He was inspired to start Develomentor after watching his son navigate the tech career space.

When he’s not doing his day job or interviewing guests, Grant spends his time cycling (road and mountain), rock climbing, walking the dog or hanging out with family. Renee Saint-Louis, CBAP is an IT Product Manager for an education publishing company in Minnesota. She has spent more than 20 years as a business analyst, director of projects, and project manager spanning industries of insurance, retail, and manufacturing. She has a passion for helping people as they search for their next career move.

Renee’s successfully coached and mentored students, colleagues, and friends at all levels of an organization, helping them navigate the hiring process and find jobs they love. 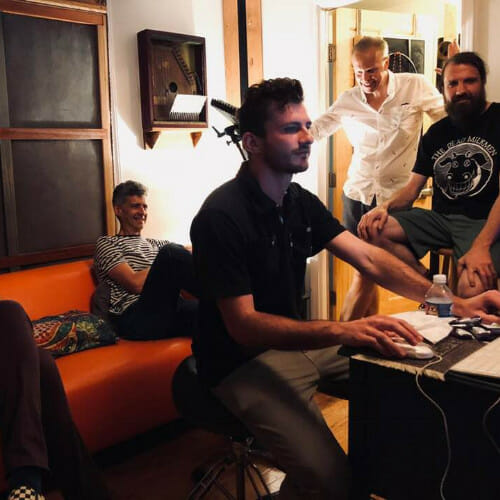 Growing up, Artem had a joint love for sports and music. He was always a gifted musician and keyboard player, but his curiosity shifted toward audio engineering in college, so he decided to pursue music technology at the University of North Carolina at Asheville. After graduation, Artem moved to Durham, NC and began producing and engineering at some of the Triangle’s most prestigious recording studios including Sound Pure in Durham and Thread Audio in Raleigh. Known for his ear in working with vocalists and his ability to enhance any song as a producer and musician, Artem has worked with artists including Clay Aiken, Skylar Gray, Shirley Caesar, Superchunk and companies including Google, Simon and Schuster, and the Oprah Winfrey Network.

Artem’s hobbies include traveling, playing sports and living a healthy lifestyle. This year Artem ran a trail marathon and spent a month adventuring with his dog across the country.